All paws on deck! Nickelodeon and VStar Entertainment Group present PAW Patrol Live! “The Great Pirate Adventure,” an all-new action-packed, music-filled production based on the top-rated animated preschool series PAW Patrol produced by Spin Master Entertainment. The new live stage show, which follows the heroic pups as they embark on a pirate-themed adventure to uncover hidden treasure, will visit EagleBank Arena Feb. 3 & 4, 2018. Tickets for all five performances are on presale now and can be purchased at www.ticketmaster.com or by phone at 800-745-3000. Tickets go on sale to the public on Sept. 22 at 10 a.m.

In PAW Patrol Live! “The Great Pirate Adventure,” Mayor Goodway is getting everything shipshape for a big Pirate Day celebration in Adventure Bay. When Cap’n Turbot falls into a dark and mysterious cavern, it’s PAW Patrol to the rescue! Chase, Marshall, Rubble, Skye, Rocky and Zuma save Cap’n Turbot and discover a secret pirate treasure map that leads them on an epic adventure. Over land and on the high seas, the pups set out to find the treasure for Mayor Goodway so the celebration can go on. Things get ruff when Mayor Humdinger wants to find the treasure first for Foggy Bottom. The pups need all paws on deck for this pirate adventure, including help from the newest pup who’s all ears…Tracker! Using their heroic rescue skills, problem solving and teamwork, the pups set sail to save the day. No job is too big, no pirate pup is too small!

PAW Patrol Live! “The Great Pirate Adventure” follows the first live show PAW Patrol Live! “Race to the Rescue,” which is currently touring through 2018. PAW Patrol Live! “The Great Pirate Adventure” includes two acts and an intermission, and incorporates an innovative costume approach to help bring the pups to life on stage as well as their vehicles and packs during the adventure. The performance is interactive, engaging audiences to learn pirate catchphrases, dance the pirate boogie and help the pups follow the treasure map and solve picture puzzles during their mission!

Tickets are available at the EagleBank Box Office, www.ticketmaster.com or by phone at 800-745-3000. 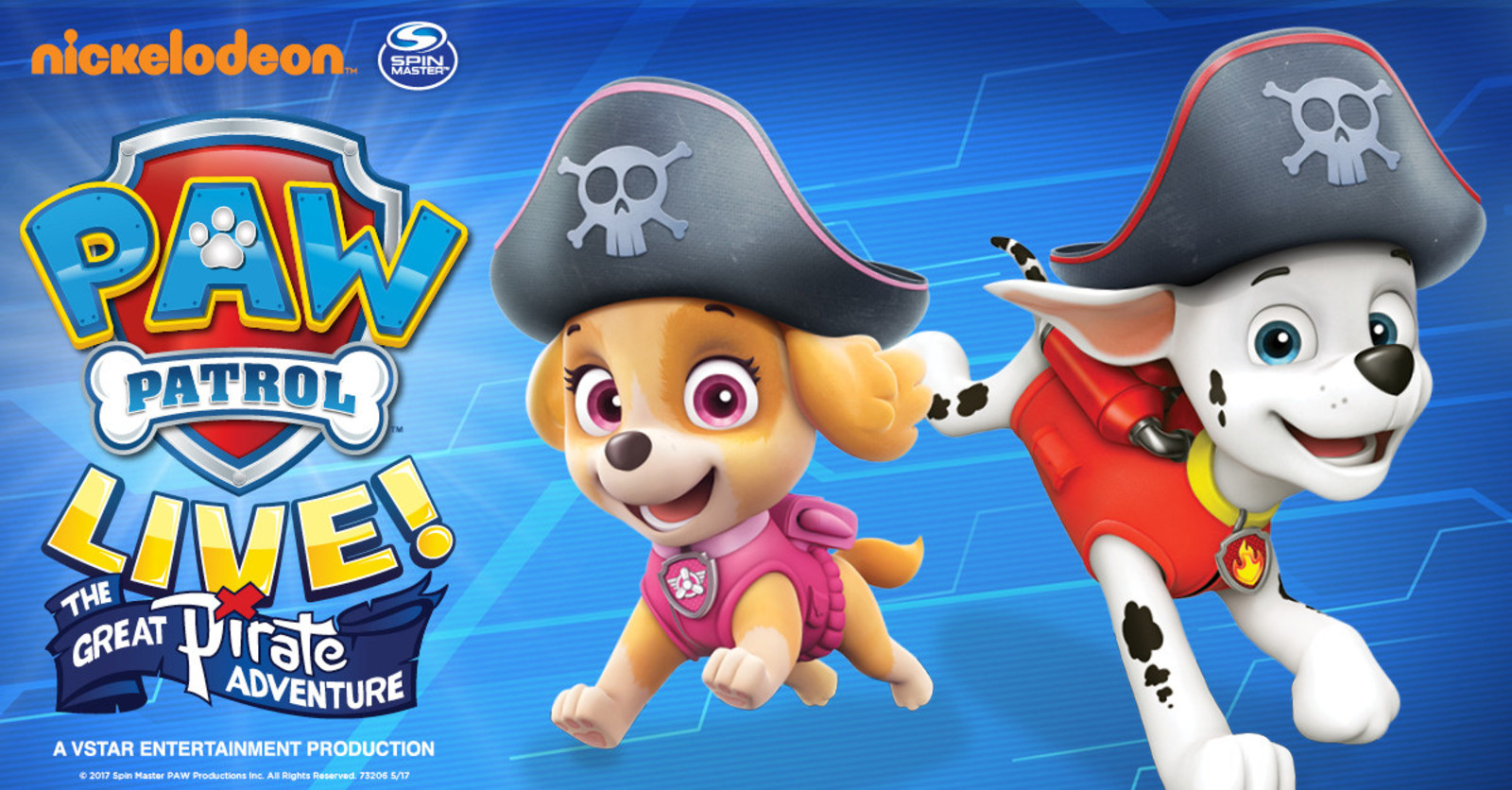 The Playful Parent was created in 2016 as a blog to share the joys and craziness of parenting. The founder of The Playful Parent is a full time domestic energizer and has a Bachelors from Marymount University and a Masters in Clinical Counseling from Johns Hopkins University.

ABOUT THE CREATOR OF THE PLAYFUL PARENT

The Playful Parent was created by Kristy a mother of three energetic boys. She has a Bachelors degree with a interest in Education and Masters in Clinical Community Counseling from Johns Hopkins University. “I believe that children learn through play! I love to do fun things with my children and hope that sharing our adventures provides other families with inspiration and resources that lead to quality time together and a love for learning!” This non profit 501c3 organization was started so parents would have a family friendly place to come to, feel supported and leave with information that is useful. This site is kept advertisement and influence free in order to keep the page from clutter and bias opinion. Your support, feedback, likes and comments are essential; this site was designed to connect the community. The Playful Parent offers resources such as guides, calendars and ideas for making learning fun. In addition, TPP is present in the community and hosts a handful of events to support SOMD in raising healthy families.